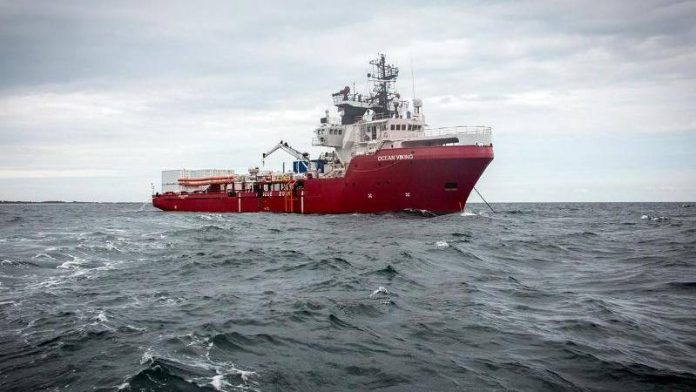 The aid organisations, SOS Mediterranean, and Doctors without borders are on the way to the rescue zone in the Mediterranean sea off the Libyan coast.

The new vessel “Ocean Viking” had passed on Sunday evening in the port of Marseille and was on Monday to the West of Corsica and Sardinia. The “Alan Kurdi” of the German aid organization, the Sea-Eye was already back to the North of the Libyan capital, Tripoli, after rescued migrants had been transferred to Malta.

The Italian Senate in Rome is debating on a draft law, the penalties for Maritime search and rescue provides. If a captain of a rescue drives ship without permission in Italian territorial waters, should in the future penalties in the amount of up to one Million euros may be imposed.

on the basis of a decree adopted by the Cabinet in June, and which now fines of between 10,000 and 50,000 Euro. The decree, however, runs on the 13. August onwards, which is why it is now in a law is to be converted. The chamber of deputies has approved the draft law already. Now, the vote in the Senate is still pending.

In the fight against illegal Migration, the government in Rome since taking office more than a year ago, mainly on private Maritime search and rescue. The number of aid organizations looking for off the coast of Libya to migrants in distress, in consequence of more and more.

will Now arrive with the “Ocean Viking”, probably by the end of the week, currently the largest ship of the Maritime search and rescue in international waters off Libya. The previous ship “Aquarius” SOS Mediterranean, and Doctors without borders had set 2018 its use. The “Ocean Viking” sails under the Norwegian flag, and was, according to SOS earlier than the rescue and emergency boat for Oil-production installations in the North sea on the way. It can accommodate 200 people and has a clinic.

in addition to SOS Méditerranée, Doctors without borders, and Sea-Eye, the Spanish organization Proactiva Open Arms is back in action, but your ship stays with rescued migrants on Board in the Mediterranean sea. Italy’s right-wing populist interior Minister, Matteo Salvini, had denied the ship after the rescue of more than 120 people, the entrance into a port. “We do not care to you, while Europe is responding,” wrote the organization on Twitter.

The EU has not so far been able to some however, to a distribution mechanism for those seeking Protection. After each rescue is looking for that’s why again and again to find a solution. According to the data of the Migration Commissioner Dimitris Avramopoulos, the “Alan Kurdi agreed in the case,” alongside Germany, Portugal, France and Luxembourg to accept migrants.