Alicia Silverstone Net Worth, Career, Personal Life, Biography And All You Need To Know 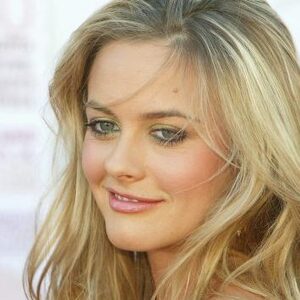 Alicia Silverstone is an actress, producer, and author from America. Silverstone made her debut as an actress as a child actor and appeared in television commercials. She also did some modeling work as a child. She made it big by making her screen debut in “The Crush”.

Alicia Silverstone has a net worth of $20 million. She has acquired her assets and net worth majorly by her acting career. She is also a producer and a chunk of her net worth also comes from the money she gets from her production work.

Alicia Silverstone was born on October 4, 1976, in San Francisco, California. Her mother worked as a flight attendant and her father, Monty, worked as a real estate agent. Alicia is from a Jewish household and grew up in Hillsborough, California. She started modeling at the age of 6. She was offered landing roles in television commercials and became a model for Domino’s Pizza. Silverstone went to Crocker Middle School and San Mateo High School. Alicia has an older brother, and a paternal half-sister, Kezi.

Read more: Netflix The One: Plot, Cast, Release Date And All You Need To Know 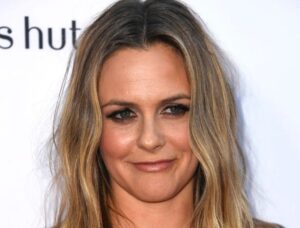 Silverstone made her debut on TV with the “Road Test” episode of ABC’s The Wonder Years. She has appeared in the TV movies such as:

Alicia has also been a part of famous four films:

Silverstone has co-starred with many big names like Kathleen Turner and Jason Biggs. She worked with the actors in the Broadway production of “The Graduate. She also performed in the NBC series “Miss Match and was also a part of “Scooby-Doo 2: Monsters Unleashed,” which earned $181.2 million at the box office.

Silverstone has appeared in many commercially successful films that include:

Alicia got married to musician Christopher Jarecki on June 11, 2005. The couple dated for 8 years and met at the front of a movie theater. They welcomed their son Bear on May 5, 2011. Silverstone received a lot of attention from the media when she shared a video where she pre-chewed Bear’s food and was feeding him from her mouth. Alicia and Christopher got a divorce in November 2018. Both the parents share the physical custody of Bear. Alicia is a vegan and has been following it since 1998. She has been voted as PETA’s Sexiest Female Vegetarian. She raised money for the rescued pets. Alicia has posed nude in the pro-vegetarianism and anti-wool advertisements that were made by the PETA. Silverstone received a lot of backlash for her views on the vaccines.