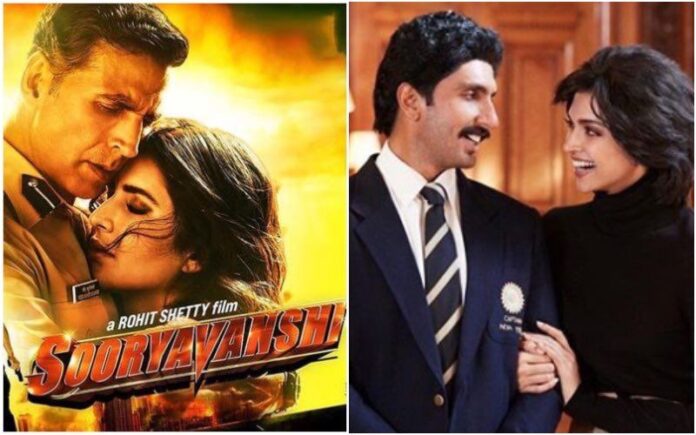 India is the worst affected country by the pandemic right now and this has affected the film releases in the theaters. The country has banned social gatherings and has closed down the cities including the theaters, restaurants, and schools to prevent the spread of the virus. Bollywood is also facing losses due to the shutdown of theaters. Looks like the Akshay Kumar starrer Sooryavanshi and Ranveer Singh’s 83 might also be facing losses due to the pandemic. There is some latest news on the release schedule of the films. Let’s get to know more details about it.

What are the latest news on Sooryavanshi and 83?

When will Sooryavanshi and 83 release? 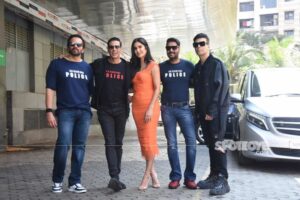 There are reports that Akshay Kumar and Katrina Kaif starrer Sooryavanshi was initially supposed to be released in March 2020. It was rescheduled due to the COVID-19 and was scheduled to hit the theatres on Diwali this year. Ranveer Singh and Deepika Padukone’s ’83 was also scheduled to hit the theaters in April 2020 and later, the makers announced that it will release on Christmas this  December makers at that time had made it clear that the movie would not release on digital mediums.

However, the latest development suggests a different story. Due to COVID-19, the film release is on a halt for a long time and the makers cannot delay the release date anymore. There are news that Sooryavanshi and ’83 might get an online release. The Reliance Entertainment CEO, Shibasish Sarkar who has co-produced both the films revealed this news.

What did Reliance CEO Shibasish Sarkar reveal about the release of the films?

The CEO of Reliance Entertainment recently spoke to Bollywood Hungama and claimed that if the theatres don’t open and if the pandemic doesn’t go down then the producers are planning to explore options such as online platforms. The makers don’t want to delay the release of the movies any further and that is why they are considering an online release. He revealed to an entertainment portal, “We are 100% inclined to take the theatrical route. However, at the same time, we don’t want to delay the release further than practically possible. That means we will not like to push release dates beyond Diwali / Christmas. So the first option is to go theatrical if cinemas open up and audiences are back.”

“Basically we will not like to shift release date further…. and ideally look for theatrical or any other hybrid measure for the best possible release,” he said to the portal. The fans are eagerly waiting for the big-budget movies and want to see their favorite stars back on the screens.

How do you feel about Sooryavanshi and 83 releasing on an online platform? Leave your comments in the comment section below.