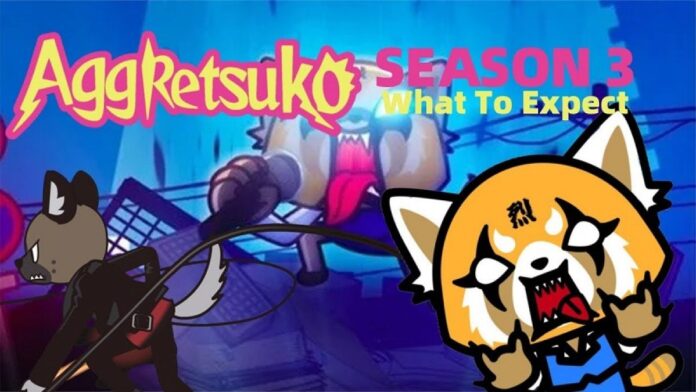 Aggretsuko is a popular red panda character and made their appearance first at mascot company Sanrio. The character of the panda can be childish at times but if you follow her closely then you will find out that she is mature and a grown adult. She has a childish nature and works at an office. There are a lot of relatable things about her character because she faces daily troubles in her life just like all of us do. The stress that she experiences in her life eats her up and she gets frustrated and annoyed. The Netflix anime is interesting and fun and we will be talking about it in this post.

When will Aggretsuko Season release on Netflix?

Aggretsuko featured in a 100 one-minute series by Fireworks studio. The aggressive character of Retsuko will soon be coming to entertain you on Netflix. Netflix will be releasing an original and the fans will be getting fresh new season exclusively on Netflix. The official Twitter account of Aggrestsuko Season 3 has revealed that the Netflix original will be released on Netflix on 27th August 2020. The wait is finally coming to an end as fans will finally be able to get their favorite show back again. The trailer for the anime has also been released and it has English subtitles so that International viewers can watch it as well

Is there a trailer of Aggretsuko Season 3? 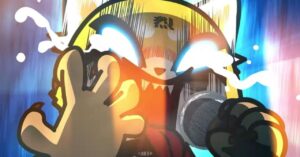 The trailer for Aggretsuko Season 3 has already been released and fans are excited to get a glimpse into the life of their favorite characters. The trailer opens with the lead character of Retsuko lying in her room. She is seen around a lot of mess and this symbolizes how her business and private life are messed up. She is stressed out because her superiors at work give her a hard time. The only thing that relieves her stress is the death metal music that she listens to the Karaoke. She bumps into the car of a leopard who happens to be the manager of an idol group.

He doesn’t have money to cover the costs of damage so in exchange he offers her the job as the accounting director of the idol group. Retsuko is treated badly and she is just the director in the name. Retsuko gets upset as her life is getting more and more stressed with each passing day. She is confused and stressed about her life events and dreams of becoming an idol.

Who is the team behind Aggretsuko Season 3?

Aggretsuko has been directed and written by Rarecho and is under the production of Studio Fanworks. Netflix has the official rights for the anime. Netflix has aired the previous two seasons of Aggressive Retsuko in April 2018 and June 2019.

What is the plot of Aggretsuko Season 3?

The plot of Aggretsuko is based around Retsuko who works as an accountant at a Japanese trading firm. She deals with all kinds of shit including the sexist superiors and deals with obnoxious co-workers at her workplace. Retsuko lets out her stress by listening to death metal and goes to the local karaoke bar. She has been working as a corporate slave for 5 years and becomes friends with the CEO’s secretary.

There are various issues of compatibility when it comes to online streaming platforms. The fans of HBO Max were experiencing some major issues and...
Read more
Entertainment

If you are a fan of spooky old houses that contain all the dark secrets don’t forget to join the Ghostbusters on Travel Channel....
Read more
Entertainment

Remake Our Life! is a Japanese novel series that is written by Nachi Kio. The novel has been illustrated by Loretto. The series is...
Read more
Entertainment

The lockdown has made many people interested in cooking and this is why people are looking forward to cooking shows more. Many people are...
Read more

Ayesha - Modified date: November 26, 2020
There are various issues of compatibility when it comes to online streaming platforms. The fans of HBO Max were experiencing some major issues and...

David Dobrik Net Worth, Relationships, Career & All You Want To...