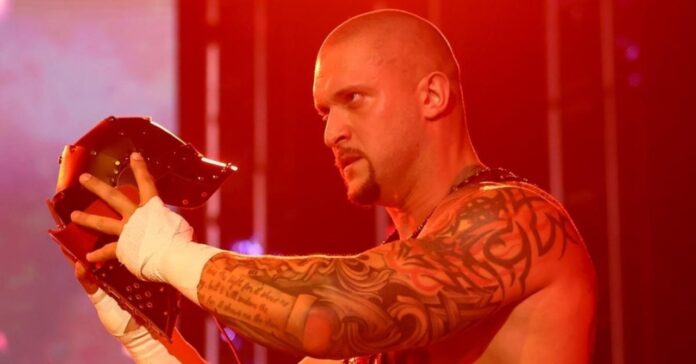 Wrestling fans have not been happy with the latest updates from the WWE world. The contract of their favorite wrestler Adam Cole will expire in the coming week. It leaves everyone clueless as to what will happen to him. According to an early report Adam is about to finish off with WWE NXT brand after the Sunday’s event. He had to suffer loss to Kyle O’Reilly at the Takeover 36. His contract also expires in July but he signed up for a new extension. However even with the extension his contract will not fully expire after the SummerSlam. Here are more details to this story:

At this point everyone has the same thing going on in their mind. Will Adam head to RAW or choose SmackDown for his future events. However the officials of WWE want him for the main roster. The rumors also suggests that he has made up his mind to resign with the company. Is there any truth to it? Well, we can’t be sure as yet. Some other reports claim that he is done with the company until he sings up for a new deal with them.

In 2017 Adam singed up with WWE in the middle of August.  All the wrestling fans adore him as he has diligently been working for NXT brand. It is not surprising that his powerful performance and championship titles have made him a hot property at WWE. He is a one-time NXT Champion and a one-time. Apart from that he also holds a title of second NXT Triple Crown Champion. Interestingly he also got the chance to win 2018 Dusty Rhodes Tag Team Classic along with O’Reilly. In 2019 and 2020 he has won seven different NXT Year-End Awards.

Read More: John Cena Reveals When He Plans To Retire From WWE 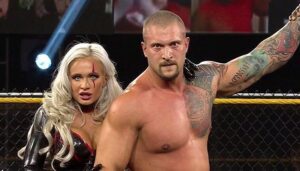 There are interesting news coming up as WWE is planning to change the look of Karrion Kross. A lot of new happenings are surrounding the merchandize of RAW. The officials want to surprise everyone with the gladiator mask of Karrion. He is happy with the win against Ricochet and will start wearing it inside the ring too. WWE believes that everyone and everything must be marketable in their company. With regards to the new look of Karrion here is what they have to say:

“Everything & everyone must be marketable. Toys, shirts, imaging, and accessories. You need to stand out to sell and this is how they sell’’.

However some fans are making fun of this new look on the social media. Even though fans are not impressed with this look there is another interesting update coming up. Karrion will be working as a full time wrestler for the RAW brand. He will be featured on the promotions as well. The WWE website suggests that he is still a part of NXT roster but the rumors are that he is done with NXT.  Samoa Joe grabbed the NXT Title at Sunday’s Takeover 36 event leaving Karrion unhappy.